N
Written by Neha Aswal
Updated over a week ago

What is an Event?

How do I report an Event?

What happens after I report the Event?

Upon raising the Event, TriLine GRC will notify the Position(s) responsible for managing the Type of Event you’ve reported. This Position is called the Event Type Manager.

Here is a diagram showing the process for reporting and managing an Event. 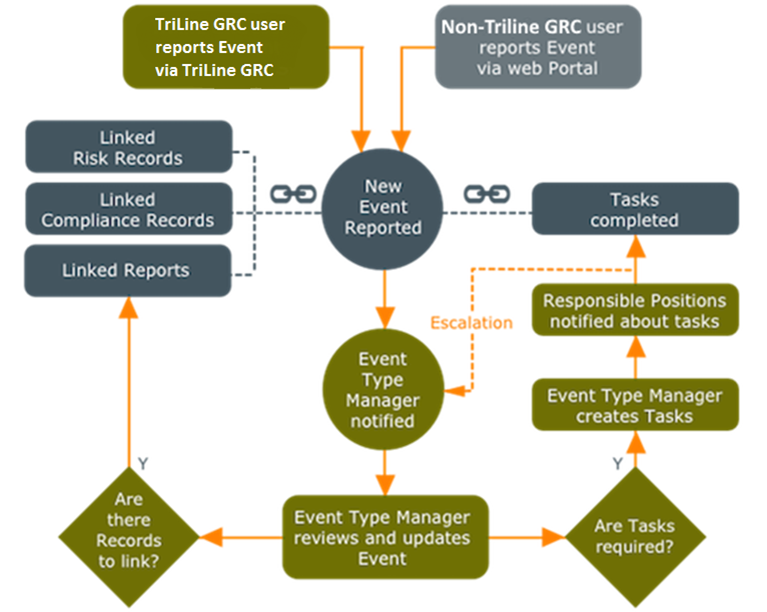 Event terminology can be customised

Administrators can customise Event terminology to suit the organisation. For example, your organisation may prefer the term ‘Incident’ to Event.

How do I know if the Event terminology has been customised?

TriLine GRC is highly customisable. Throughout this Operating Guide, any customisable label, menu item or other interface element displayed in screenshots is shown in (brackets) and or in red.

Here are some screenshots showing which TriLine GRC elements may be affected by ‘Event’ terminology changes.

Page Titles and My Summary tabs 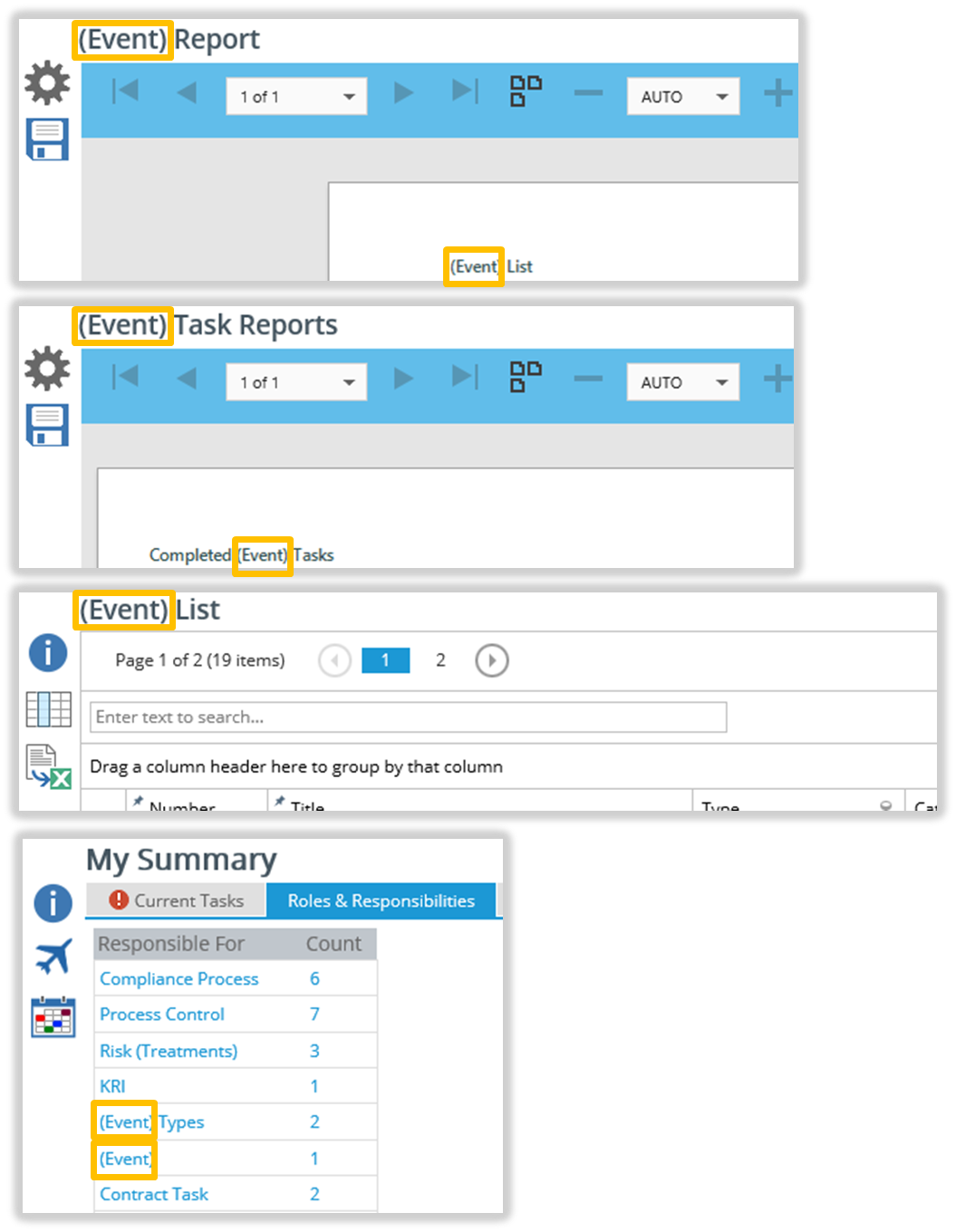 The TriLine GRC Configuration page is where an Administrator customises the Event terminology:

Did this answer your question?